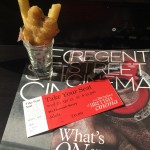 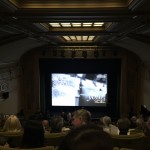 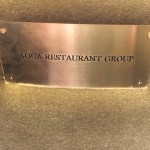 Regent Street, one of London’s most exciting thoroughfares, is synonymous the world over with the very best in shopping, restaurants and bars (of course!) and nightlife. But a less-known fact is that Regent Street can also claim to be home to the birthplace of British cinema – and now that birthplace has been lovingly restored for a new generation to enjoy!

Built in 1848 and housed within the Polytechnic Institution – today the University of Westminster – the cinema was the first in Britain to show moving pictures. In 1896, the cinema showcased the Lumière brothers’ – the French inventors of cinema – Cinématographe to a paying audience, and, as the curtain fell, British cinema was born.

After being used a student lecture hall by the University since 1980, Regent Street Cinema has now been restored to feature a state-of-the-art auditorium as well as an inclusive space for learning, cultural exchange and exhibitions, making it truly a landmark venue for the British film industry in the heart of the West End.

We were delighted this week to attend a launch party where for the first time we were able to see the seat which we have sponsored and which carries a very attractive plaque! The cinema opens to the public from 6th May; to find out what’s on and book tickets, visit the Regent Street Cinema website.